Tucked into the southeastern corner of the vast Arabian Peninsula, Oman has historically been isolated by mountains, sand and sea. Today, the same pristine features responsible for the sultanate’s seclusion are now acclaimed outdoor attractions. From the world’s largest sand desert to endangered sea turtles, hulking baobab trees and ancient ‘pillow lavas’, Oman has a surfeit of natural wonders that are surprisingly easy and inexpensive to explore. 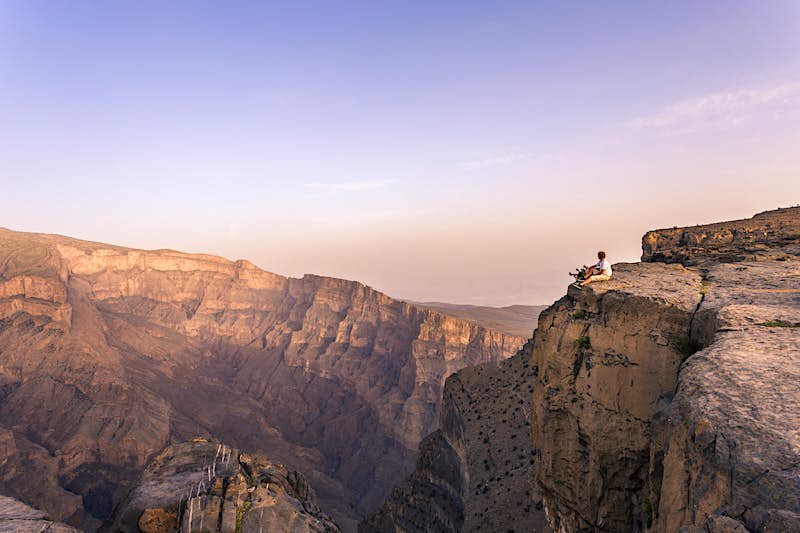 High on the southern slopes of Jebel Shams, the tallest peak in Oman’s rugged Hajar Mountains, the elements have hewn a canyon so deep and spectacular that it’s called the Grand Canyon of Arabia. Alternating bands of resistant limestone and narrow benches of softer shale have shaped the precipitous walls of this 1000m-deep gorge. You can peer into its depths from the vertiginous Balcony Walk, a 6km round-trip hike that starts at the end of the rough road to Al Khateem and ends at an eerie village abandoned in the 1970s.

A slice of Earth’s mantle in Muscat

The stunning backdrop for Muscat’s lively waterfront is a chain of rugged hills whose dark-brown hue contrasts starkly with the traditional whitewashed buildings and the Indian Ocean’s cerulean blue. These rare rocks comprise a sliver of the Earth’s mantle that was shoved atop the Arabian Peninsula during a massive mountain-building episode that reshaped the region 90 million years ago. The ramparts of the imposing Mutrah Fort, built by the enterprising Portuguese in the late 16th century, curve up one such hill, and the stone watchtower located 1.5 km to the east along the Corniche’s smooth walking path rises from another mantle promontory that offers a spectacular seaside view. 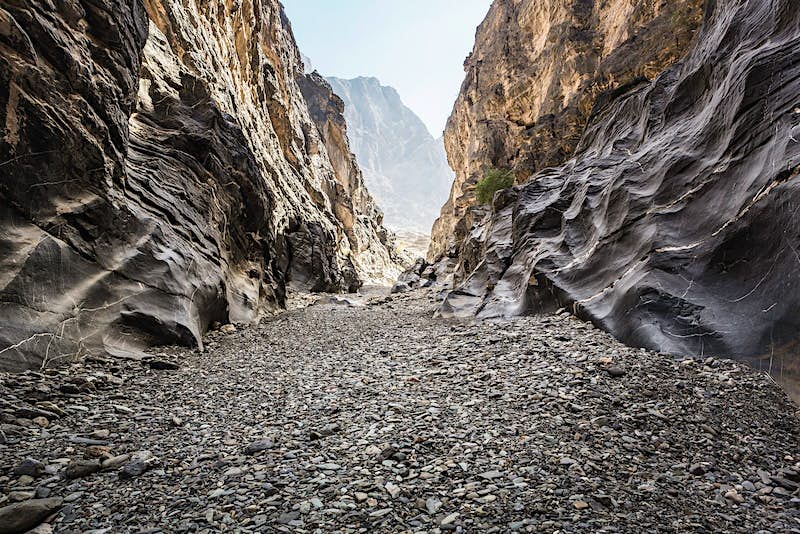 Arabia’s premier canyoneering route slithers through a slot so slender that in places you can reach out and touch both walls at the same time. The gorge begins at a narrow gash in the rock a few metres off the 4WD road through Wadi Bani Awf near the lush terraces of Bilad Sayt. To complete the 3km trip, participants must swim, leap, abseil and clamber around large boulders in the shadow of towering limestone walls polished smooth by repeated flash floods. If you’re up for the adventure, reputable guides in Muscat can organise the excursion and provide all the necessary safety gear. 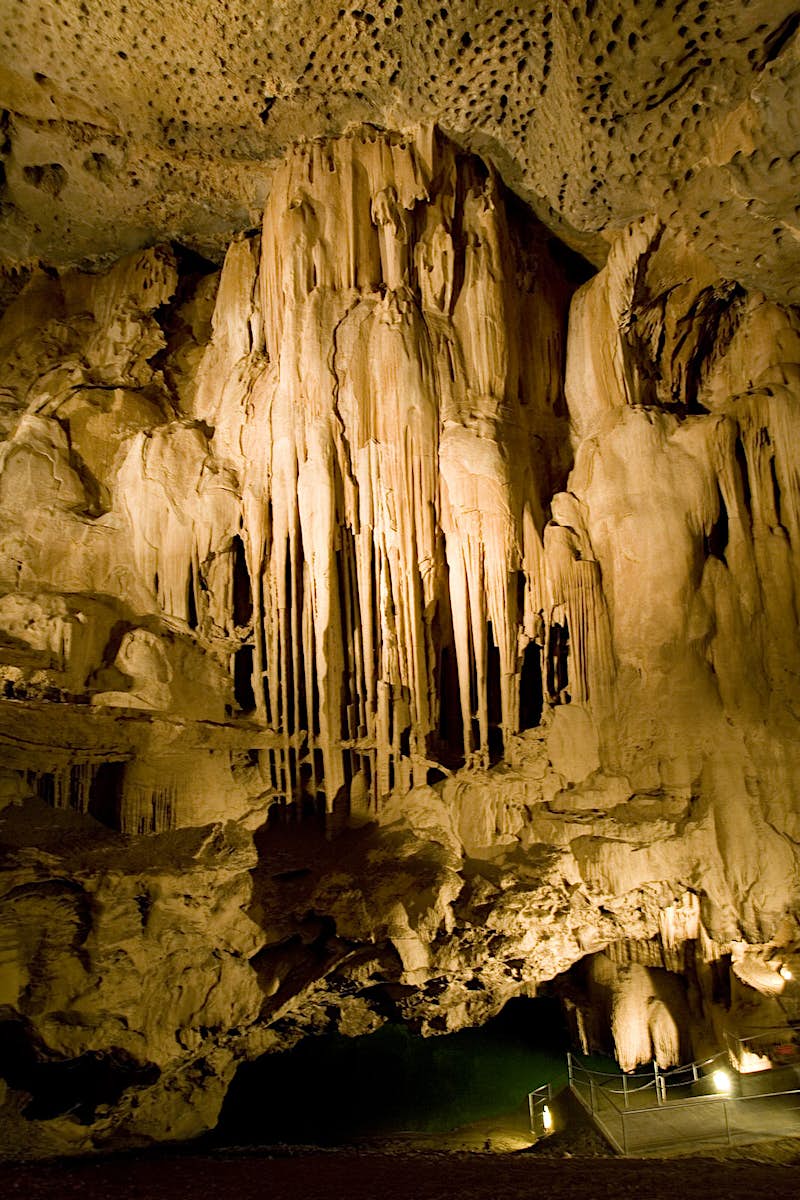 Pointy stalactites, rippling bacon and dainty popcorn are some of Mother Nature’s prettiest decor in the Arabian Peninsula’s only show cave. Located a few kilometres west of Al Hamra, the yawning entrance of Al Hoota Cave is accessed via a short electric train ride. The 45-minute organised tours explore the first 500 metres of the oblong cave that groundwater has dissolved from the 95-million-year-old limestone bedrock. The damp underground environment hosts a fragile ecosystem that’s home to molluscs, snails, nimble water beetles and a special type of blind cave fish that’s only found in a 10 sq km area on the southern slopes of Jebel Akhdar. 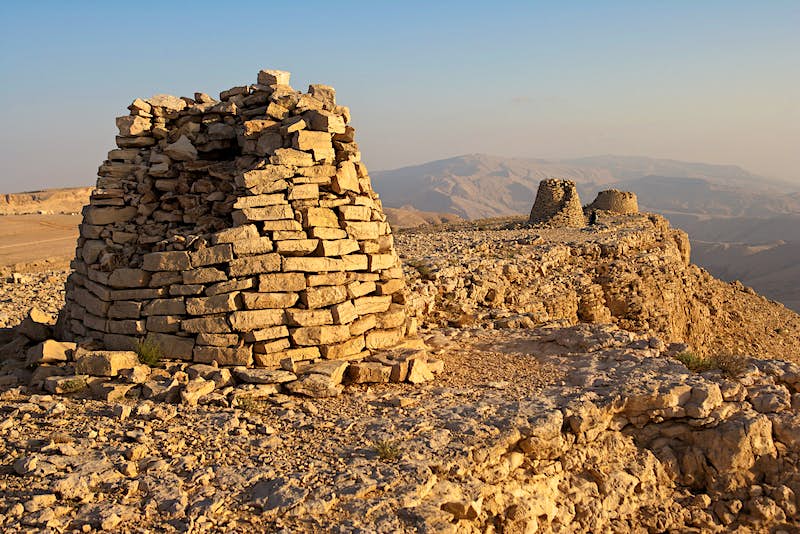 Perched on a lonely ridge in the shadow of toothy Jebel Misht, one of Arabia’s best rock-climbing cliffs, is a line of beehive tombs the region’s Bronze Age inhabitants laboriously constructed between 3000 and 2000 BC. The 7m-high domes are built from quarried blocks of desert-varnished sandstone deposited on the seafloor more than a quarter of a billion years ago. In combination with two neighbouring World Heritage archaeological sites, these tombs, located above the village of Al Ayn, comprise one of the world’s most complete settlements from the 3rd millennium BC.

Northern Oman hosts some of the world’s best exposures of pillow lavas: dark, bulbous, pillow-shaped rocks that form where incandescent lava instantly chills as it oozes directly into the frigid sea. The sultanate’s pillow lavas formed 95 million years ago, and the same process is occurring today off the coast of Hawaii. Because the pillows form one atop another, they look like a large stack of several-metre-long wriggling black worms. With your own wheels, you can easily spot hundreds of the ‘headrests’ in road cuts along the Sohar–Buraimi highway, and you can visit wonderful exposures in Wadi Jizzi, a drainage accessed via the freshly paved Suhaylah Road, which intersects the highway about 45 kilometres west of Sohar. 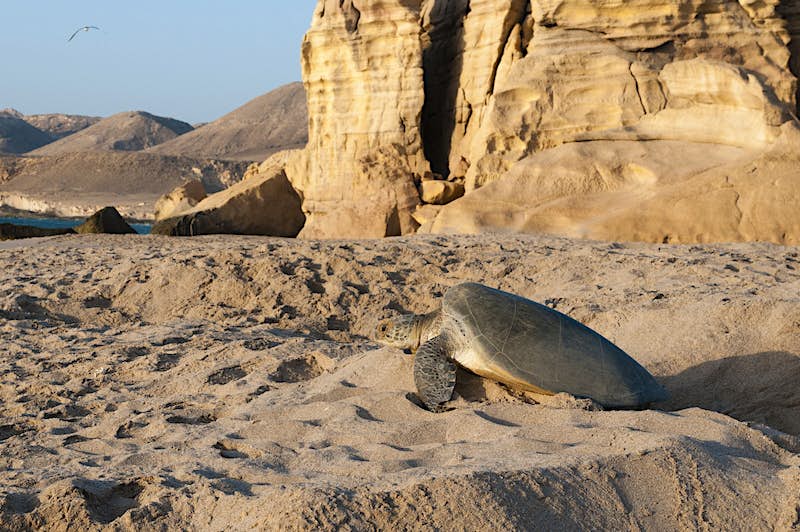 The beautiful coastline near Ras Al Jinz, the Arabian Peninsula’s easternmost point, is a crucial Indian Ocean nesting site for endangered green sea turtles. After travelling for years through the open ocean, these remarkable creatures navigate back to the spot where they were born to lay their own eggs. Although sea turtles have thrived on our planet since the time of the dinosaurs, they now face many perils, including entanglement in fishing lines and illegal poaching as well as natural predators. Witnessing a turtle laying a clutch of eggs and laboriously dragging her heavy body back to the sea on a guided tour at the Ras Al Jinz Turtle Reserve is a highlight for nature lovers.

Although these hulking giants are more commonly associated with the African savanna, one of the nine species of the world’s longest-living and weirdest-looking trees thrive in arid valleys high above the southern coastal city of Salalah. The road into the mountains east of the beautiful seasonal waterfall at Wadi Darbat passes several groves of baobabs, which are easily distinguished by their bottle-shaped trunks, broad girth and large, oval fruit. The Dhofar region hosts about 200 of these rare deciduous trees, which are also known by intriguing nicknames like ‘cream of tartar’, ‘dead rat’ and ‘upside-down’ trees. 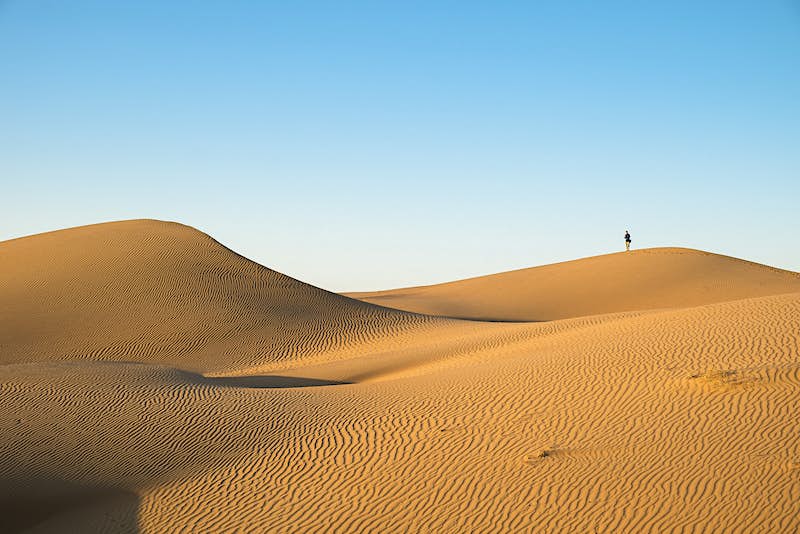 This photogenic sea of sand is the product of two ingredients: strong winds and an ample supply of sand grains. In the southern Sharqiya Sands, these grains most likely blew in from the coast, whereas in the north, where more than a dozen cosy Bedouin desert camps are located, the grains came from wadis that drain the mighty Hajar Mountains. Strong seasonal winds have sculpted this sand into parallel megadunes whose 35-degree faces are ideal for sand boarding and offroading tours.

Despite occupying an area that’s only the size of France, the Rub Al Khali desert hosts half as much sand as the entire Sahara. Also called the Empty Quarter because of its lack of settlements, this 660,000 sq km region is the planet’s largest contiguous sand desert. Oman’s portion features fields of linear dunes, whose shapes can shift with the seasonal winds, separated by parched salt flats. From Salalah, travellers can visit the region on an overnight tour that includes driving up and down the dunes, plodding camel rides, a majestic sunset and an inky, black sky chock-full of twinkling stars.